Fun with cameras and Photoshop..

Technology never ceases to amaze me. It’s been a long time since I attempted to stitch images together; last time was probably five years ago and the results were.. mediocre. While I was in the process of writing the post about eliminating the smoke odor in our new 2009 Mercury Sable, I wanted to toss a picture of the car up.. but I was being lazy and just had my 50mm lens mounted on the camera, and didn’t feel like changing it. This resulted in a suboptimal picture (the one at the top of that post), but I also did something that I forgot about until later..

As anyone who has used a 50mm lens on a DSLR with an APS sized sensor knows, that lens isn’t exactly ideal for taking a photo of a car sitting in your driveway from your garage (unless your driveway is, well, long), but I figured why not? I ended up with the picture that you see on that post, but on a whim, I had also taken pictures to try to stitch together and see what it looked like. I completely forgot about those photos until I happened to be browsing through Lightroom a few days ago.. I saw them, and went huh, wonder what it’d take to stitch them. Having no idea how to do this with modern software, I highlighted them, and went to right-click to say edit in Photoshop. Much to my surprise, there is now an option to let Photoshop automatically stitch the images in that context menu.. I thought I might as well give it a shot, and here’s the result (click image for a larger version): 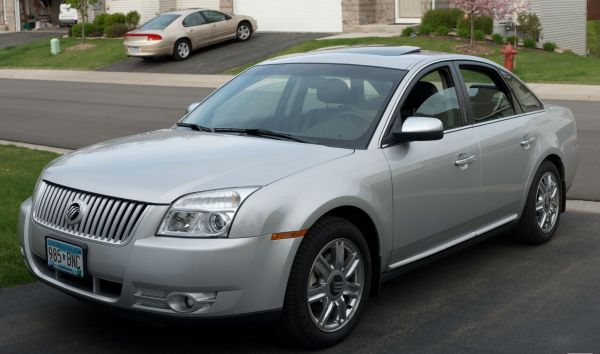 I was quite surprised to see how well Photoshop handles this now, especially with handheld shots that were not rotating around the correct axis, etc. Since I took the pictures and have the originals, I can see where it was stitched, but it still looks pretty darn good to me – what do you think?

I will have to play with stitching more often.. it is certainly much better now than it used to be!