Jen Ledger of the band Skillet singing and playing the drums 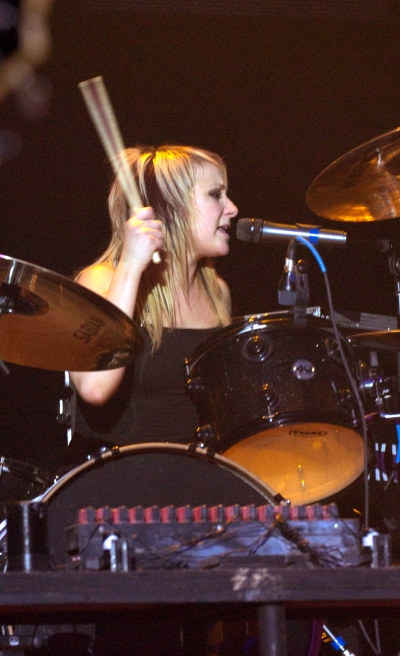 Jen Ledger of the band Skillet; shot at the Minneapolis Convention Center on November 14, 2009 during the ‘Awake and Alive’ concert tour.

Jen is Skillet’s drummer, and also performs vocals on many of their new tracks (Hero, Awake and Alive, etc.) It’s quite impressive to see a drummer singing while they play – I can’t imagine that’s easy! She also does a vocal solo in ‘Yours to Hold’ in the Awake and Alive tour, like she did on the Comatose tour.

It was difficult to get pictures of Jen, as the drumset is near the back of the stage, and generally covered with fog and smoke. Managed to get a few usable shots though!

Next post: Close-up of Korey Cooper of the band Skillet singing with fog in the background

Previous post: Ben Kasica of Skillet during a guitar solo in front of fog