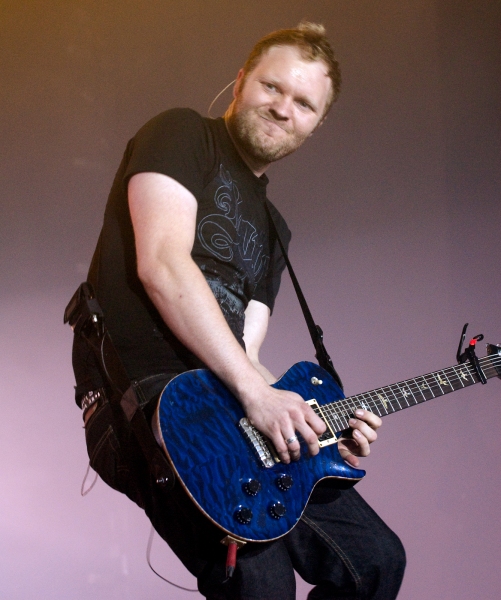 OK, so I enjoyed the Skillet concert a little too much, and decided to post some more of the pictures. ;) This is a shot of Ben Kasica (Skillet’s lead guitar player) during his guitar solo – quite impressive. At some point I’d really like to learn to play.. on my list of things to do! He was in front of a nice backdrop of fog.. I like how it turned out.

One thing I found with rock photography is that I didn’t have much time to compose my shots. For example, in this picture, I would really have liked to have the head of the guitar included. Can’t have everything, I suppose..

Next post: Jen Ledger of the band Skillet singing and playing the drums