John Cooper of Skillet playing his bass, singing, and lit up by pyrotechnics 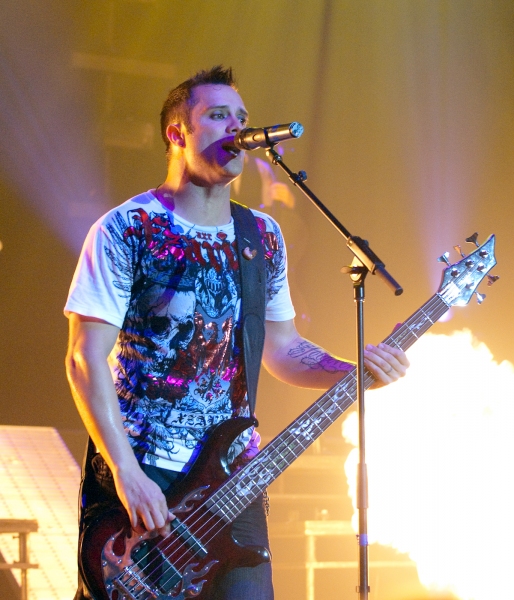 John Cooper of the band Skillet; shot at the Minneapolis Convention Center on November 14, 2009 during the ‘Awake and Alive’ concert tour.

Non-silhouette shot of John Cooper of the band Skillet playing his bass in front of the pyro. Skillet’s use of pyro is great – not overly distracting, and very well timed to the music. You can also see some of his ‘Forgiven’ tattoo on his left forearm.. at some point I’d like to get a similar one. ;) If anyone knows what kind of guitar his bass is, I’d love to know – it’s gorgeous!

Next post: Why I made a “stupid” financial move – intentionally

Previous post: Ben Kasica of the band Skillet with pyrotechnics in the background